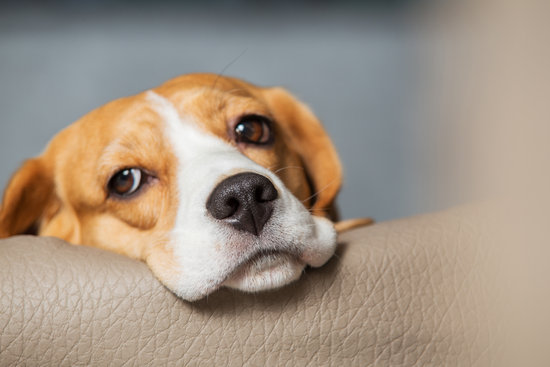 All dogs and cats have two adrenal glands that sit next to the kidneys in the abdomen. These glands produce hormones called glucocorticosteroids which enable us to adapt physiologically to stress. They do this by preparing the body for flight or fight responses via impacting sugar, fat and protein metabolism.  The glands also produce mineralocorticoids (such as aldosterone and related synthetic fludrocortisone acetate) which influence electrolytes.

These hormones are needed to adapt to stressful situations and without these hormones, even small stresses could lead to physiologic disaster.

In animals with Addison’s disease, there is a deficiency of the corticosteroid hormones produced by the glands. In most cases we are unable to determine the direct cause of this deficiency, but treatment remains the same regardless.

Patients are usually young (age 4-5 years) dogs but any age dog can be affected. It is very rare in cats. Some breeds are more likely to get Addisons such as the standard poodle and bearded collie. Female dogs are affected twice as often as males.

Symptoms are often very vague and unclear at first including lethargy, diarrhea or vomiting which may worsen at times of stress.  Because of these non-specific symptoms early diagnosis is often missed.  Ultimately, the disease results in a phenomenon known as the Addisonian crisis. The animal collapses in shock due to their inability to adapt to the caloric and circulatory requirements in stress. Blood sugar may drop dangerously low. Potassium levels increase dangerously causing heart rhythm irregularities.  These episodes are life threatening and urgent veterinary attention is required.

Approximately 30% of dogs with Addison’s disease are diagnosed at the time of an Addisonian crisis.

In most cases the pet is treated for shock whilst diagnosis is attempted. This involves rapid intravenous fluids and often glucocorticosteroid medications.  Bloods will indicate abnormalities in electrolyte levels but often show accompanying changes such as elevated kidney enzymes.  If Addison’s is suspected a specific blood test called an ACTH Stimulation test is required. The patient receives a dose of ACTH, the pituitary hormone responsible for the release of corticosteroids in times of stress. A normal animal will show an elevation in cortisol in response to ACTH while an Addisonian has no corticosteroids to respond with. This lack of response is diagnostic for Addison’s disease and treatment will be commenced.

In some cases Addison’s disease may be suspected in an animal that has not gone into shock based on their blood results and ACTH Stimulation test will be recommended.

All Addisonian dogs require mineralcorticoid supplementation and most require glucocorticoid supplementation particularly during times of stress.  Mineralcorticoids can be given orally using fludrocortisone (Florinef®) twice daily or injected using Percorten-V every 25 days.  For both options regular electrolyte blood tests will be required and dose adjustments likely.   Glucocorticoids are usually provided in the form or oral tablets (Cortate) though prednisolone is sometimes used.

When a known stressful event is due to occur, the vet may recommend increasing the dose of the glucocorticoid e.g. boarding, veterinary procedures or moving to a new house.  Regular monitoring and adjustment of medication is essential to ensure no further Addisonian Crisis occur and the pet remains well. Treatment is life-long.

Atypical Addison’s is when only the layer of the adrenal gland that impacts glucocorticoid steroids is affected. These dogs don’t have Addisonian Crisis but are still diagnosed with an ACTH Stimulation test. Often these patients ultimately progress to the more typical Addison’s disease, complete with electrolyte imbalance.