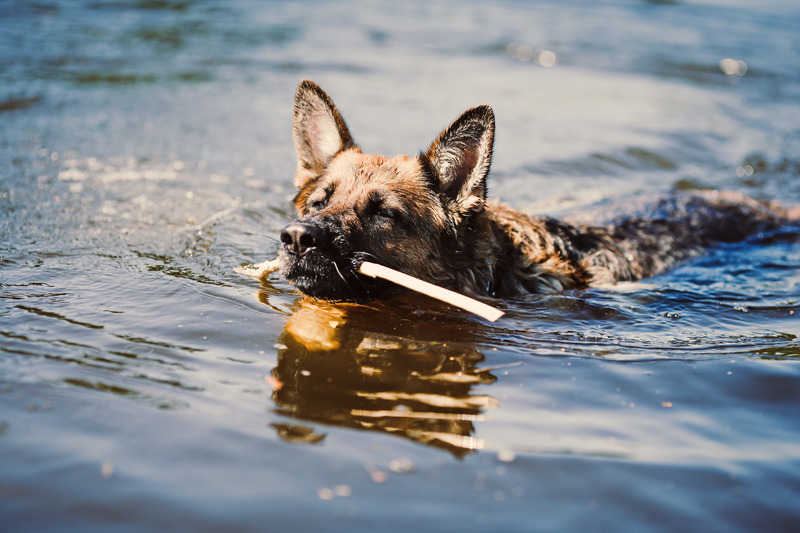 What is meant by the term “Bloat” in dogs?

This is a term that is synonymous with the more scientific term “Gastric Dilatation/Volvulus.” It is often called GDV for short. Dilatation means that the stomach is distended with air, but it is in the correct place in the abdomen. Volvulus means that the distension is associated with a twisting of the stomach on its longitudinal axis. This is rapidly fatal if left untreated.

How or why does this occur?

We really do not know the answer to either of those questions. Original theories suggested that it occurred when a dog ate a large meal of dry food and then drank a lot of water. The water caused the dry food to swell. At the same time, the dog was supposed to be engaged in strenuous exercise that included running and jumping. That resulted in the dog’s stomach twisting on itself as the heavy organ was jostled about in the abdomen.

Although that is the most common explanation given, there is no scientific evidence to support this theory. In most dogs experiencing GDS, the stomach is not excessively full of dry food and the dog has not recently engaged in strenuous exercise. The most current theory is that the stomach’s contractions lose their regular rhythm and trap air in the stomach; this can cause the twisting event. However, the sequence of events for most cases defies a good explanation.

How is it diagnosed?

The next step is to establish that the stomach is distended with air. An enlarged stomach will cause the body wall to protrude prominently, especially on the dog’s left side. The swelling will be very firm and obvious enough to see across the room. Occasionally, this distension is not very apparent. This occurs in dogs which have a large portion of the stomach up under the rib cage. In most cases, however, the owner can detect the distension. The dog is also usually in pain seen as lethargy, dullness or a constant “prayer position.”

The presence of a rapidly developing distended abdomen in a large breed dog is enough evidence to make a tentative diagnosis of GDV. A radiograph (x-ray) is used to confirm the diagnosis of dilatation. It can also identify the presence of volvulus, in most cases.

What happens when the stomach is distended with air?

The first major life-threatening event that occurs is shock. This occurs because the distended stomach puts pressure on the large veins in the abdomen that carry blood back to the heart. Without proper return of blood, the output of blood from the heart is diminished, and the tissues are deprived of blood and oxygen. This can also lead to irregular heart rhythms.

When the stomach is distended, digestion stops. This results in the accumulation of toxins that are normally removed from the intestinal tract. These toxins activate several chemicals which cause inflammation, and the toxins are absorbed into circulation. This causes problems with the blood clotting factors so that inappropriate clotting occurs within blood vessels. This is called disseminated intravascular coagulation (DIC) and is usually fatal.

What is done to save the dog’s life?

There are several important steps that must be taken quickly.

What is the survival rate?

This will largely be determined by the severity of the distension, the degree of shock, how quickly treatment is begun, and the presence of other diseases, especially those involving the heart. Approximately 70% of the dogs will survive.

Initial emergency stablisation and surgery usually means the dog will be in hospital for at least 48 hours and they are usually not discharged until they are eating well. Understandably this amount of intensive treatment can prove quite costly.

What can be done to prevent it from occurring again?

The most effective means of prevention is gastropexy, the surgical attachment of the stomach to the body wall. This will not prevent dilatation (bloat), but it will prevent volvulus in most cases. Various dietary and exercise restrictions have been used, but none of these have proven value.

Gastropexy is now available as a preventative surgery and is often completed at the time of desex. If you have purchased a large or giant breed puppy, discuss this with your veterinarian.