Desexing – everything you need to know

Home Pet Care Desexing – everything you need to know 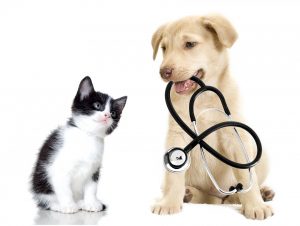 The decision to desex is an important decision for every dog owner. The term ‘desexing’ can be misleading as your pet will not lose their gender! Desexing is a surgical procedure that involves the removal of reproductive organs. In a female, desexing is referred to as ‘speying’ and involves the complete or partial removal of the uterus, uterine horns and ovaries. In the male, testicles are removed in a process called ‘castration’. After the surgery your pet will no longer be able to breed.

Why is desexing done?

It’s important to note that we have an over population of stray dogs in Australia and breeding should only be entered in to if you are financially prepared and educated on the breeding process. We recommend only purebred animals with appropriate pedigree papers be used for breeding.

As veterinarians we believe in science and as such we base our recommendations on the most recent evidence-based research around this issue. There is a LOT of information out there on this topic so we’ve tried to summarise it for you below.

RECOMMENDATION: In the overwhelming majority of cases we recommend desexing your pet due to the above reasons.

Factors to consider when desexing

RECOMMENDATION: Discuss the relevance of the above issues with your vet based on your pet’s breed and gender.

So when should desexing be done?

Veterinarians vary in their recommendations on when to desex as there is no
“one size fits all” answer.   Many shelters desex puppies and kittens as young as 8 weeks of age to eliminate the risk of breeding more shelter animals. However most private practice vets will suggest waiting until the animal is slightly larger and more robust to withstand the anaesthetic.

Dogs are a little more complicated than cats. Breed, sex and temperament play an important role in determining what age to desex as well as an owner’s financial limitations and these factors should be discussed with your vet to come up with an appropriate desexing age specific to your dog. For more information on when to desex specific breeds check out this article.  Please note that as of July 2020, NSW Pet registration fees are increased for any dog registered whilst not desexed over the age of 6 months old so be aware you may be required to pay a higher registration fee if you choose to desex them later.

It’s also important to note desexing mature female dogs is a much larger, more complicated surgery than puppies due to the reproductive tract being well developed and highly vascular leading to an increased risk of bleeding during and after surgery. Because of this mature female desexes are likely to cost significantly more than if the procedure was performed at 6 months old.

RECOMMENDATION: Breed, sex and temperament play an important role in determining what age to desex as well as an owner’s financial limitations and these factors should be discussed with your vet to come up with an appropriate desexing age specific to your dog.

How is desexing done?

Laparotomy is the conventional method for desexing females and males and is performed through a moderate-sized mid-line incision to the abdomen (or in front of scrotum for males). The exploratory surgery involves the removal of the entire reproductive system through exteriorising the ovaries/testes and associated vessels. This routine procedure is second-nature for general practitioner vets and is quick, simple and has minimal complications.   One study indicated 0.01% chance of intra-operative complications (e.g. haemorrhage) and a 0.06% chance of post-operative complications (e.g. wound healing complications, urinary incontinence or ovarian remnant syndrome).  Risk of complications does increase slightly with larger dogs.

Laparoscopic or ‘keyhole’ desexing is a method limited to female cats and dogs or males with retained intra-abdominal testicles. The endoscopic examination involves small incisions into the abdominal cavity to introduce a camera for removing ovaries. Procedural time is based on operator capabilities and recovery time is also varied. The specialised equipment and expertise required for this procedure means it is more expensive than standard desexing.

Whilst this procedure is considered to be less invasive, humans report it is quite painful due to the gas used to inflate the abdomen for visualisation and unlike standard desexing incisions it involves cutting through muscle which can be more painful than the standard midline incision. Other complications noted include vulval discharge, transient anorexia or inadvertent splenic laceration.

It’s important to note laparoscopic desexing removes only the ovaries (not the uterus or uterine horns) so the rest of the reproductive tract is still prone to disease however removal of the ovaries reduces hormonal output decreasing the risk of uterine disease.

Laparoscopic desexing is an option to consider particularly in dogs that are prone to bloat and would benefit from a prophylactic gastropexy at the same time.  We recommend seeking out a skilled surgeon who is well versed in handling laparoscopic surgeries and thus can complete them rapidly and smoothly with low risk of complications.

This is a surgical procedure where a small portion of the ductus deferens (sperm cord) is removed instead of the testicles.  We do not routinely perform this procedure as our preference is the conventional castration as mentioned above.

This is a procedure in which the uterus is removed but one or both ovaries are left in place. Female dogs with this procedure performed can’t get pregnant, will still have heat cycles but won’t bleed.  There are multiple risks associated with this procedure such as Pyometra (if uterine tissue not properly removed). Whilst this procedure reduces the risk of some cancers, it can increase the risk of mammary tumours.  Because of the risks we do not recommend this surgery.

These procedures are partial methods of desexing. In males the ductus deferens is ligated and in females the communication between the ovaries and uterus are ligated.  This stops the animal from being able to breed but they are still at risk of all the reproductive diseases associated with a retained reproductive tract.  This is a complicated procedure with multiple risks associated such as scarring or disruption to blood supply. Some breeders will recommend this procedure at only a few months of age so the pet can be purchased with assurance it will not be bred with the view to desexing it once it’s reach skeletal maturity.  On the assumption an owner can manage their undesexed pet until the time of desex we do not recommend this unnecessary procedure.

Are there any risks to surgical desexing?

As with any surgical procedure, there is a small risk of complications during and after desexing. These can include your pet pulling their sutures out, swelling and/or infection at the site of incision. There is also an inherent risk, however minimal, with general anaesthesia (<0.04% morbidity).

Medical castration is a temporary non-surgical method for desexing. This is a registered drug for male dogs but can be used off-label in females. The resorbable contraceptive implant is inserted similarly to a microchip, between your pet’s shoulders, without the need for general anaesthesia, surgery or testes removal. However, this method offers a short-term solution to desexing as your pet’s fertility will gradually return as the effects of the implant wear off. It is recommended that the implants are repeated every 6 months and should be preferably given at a certain stage in the oestrous cycle.  For males the effects of a 6 month implant may last up to 2-3 years. We recommend this option when owners decline surgical desexing but still wish to desex their pet.

Chemical castration agents, such as calcium chloride, can also be used to dampen the reproductive hormones required for an animal to fall pregnant. This method offers an inexpensive alternative to surgical castration. However, it is not currently available in Australia with little research to support the long-term effects on sterilization permanency, drug safety, animal welfare and consistent effects on testosterone reduction and sterilization efficacy.

RECOMMENDATION: For the vast majority of pets we recommend desexing via the conventional method of laparotomy.