Why should I desex my kitten?

Home Pet Care Why should I desex my kitten? 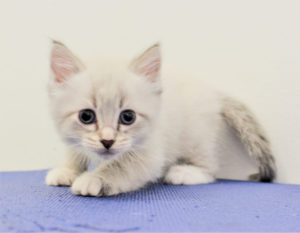 Both female and male kittens can become sexually active as early as 4.5 months old. If a kitten was to become pregnant, nutrition to both the growing kitten and her foetuses puts a large strain on the queen which can lead to malnutrition after giving birth, shorten life span and lack of self-care with secondary infections or injuries.

A cat pregnancy is 60-63 days in duration (approximately two months). Queens often seek a hiding spot or may even escape from an indoor environment to find a suitable place to give birth. This is particularly common for undesexed queens having both indoor/outdoor access through the day. Outdoor tom cats can cause unplanned pregnancies, cat fight injuries and feline immunodeficiency virus (FIV) transmission in the stray cat population.

With a dramatic increase in stray cat population around Sydney and regional New South Wales, this has now become a major concern with disease control and threatens other domestic pets and Australian native wildlife. Many pound facilities and charity organisations have reached their capacities to rehome kittens and stray cats all year round. As mentioned above, a female cat can start reproducing at around 6 months old; that means she can produce up to 4-5 litters of kittens per year (20 kittens per year, for many years!)

There is evidence suggesting early age desexing in cats is particularly helpful in multi-cat households. Reducing hormone driven behaviour like vocalisation, urine marking or spraying in the household will help young cats settle in faster and will likely pose ‘less threat’ to the resident cat who needs to adapt to the new comer sharing the same territory. We recommend desexing as early as 5 months old particularly in a multi-cat household. Kittens tend to bounce back very well post-operatively as the surgical wound is small and healing is fast at a young age.

Please contact our friendly staff for more information and to organise an appointment for desexing your cats.