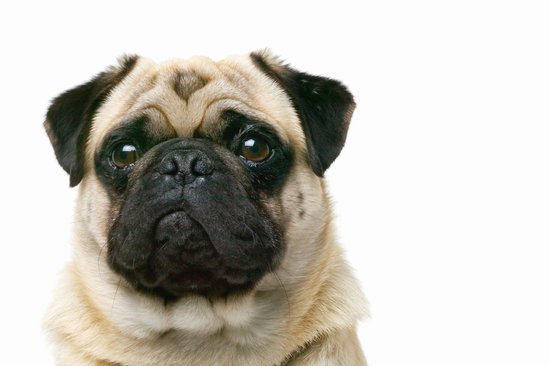 Brachycephalic is a Greek word that literally translates as “short head.” This term applies to any dog breed with a shortened face including Pugs, Boston Terriers, Pekingnese, Boxers, Bulldogs, of Shih Tzus. These dogs have been specifically bred over generations to possess a normal lower jaw and a compressed upper jaw and by doing some we have had significant impacts on their respiratory system. All brachycephalic dog owners should be aware of the problems associated with this effect.

All brachycephalic breeds have brachycephalic syndrome to some extent.  Fortunately efforts are being made to breed out the primary issues that contribute to this syndrome so your vet can give you a better indication of how effected your dog is. The syndrome is characterized by:

Stenotic Nares – This means their nostrils are narrow resulting in obstructive airflow. If this is severe, surgical correction is possible and should be considered at an early age.

Elongated Soft Palate – It is difficult to fit the soft tissues of the canine mouth and throat into the brachycephalic‘s short face. As a result, the soft palate, which separates nasal passage from oral cavity, flaps loosely down into the throat, creating snorting sounds. Virtually all brachycephalics suffer from this but actual respiratory distress is rare except in English Bulldogs. Excess barking or panting may lead to swelling in the throat which further exacerbates this issue. Again, the soft palate can be examined under general anaesthetic and be surgically trimmed if required.

Tracheal Stenosis – This means the windpipe or trachea is narrowed.  This can further contribute to obstructive breathing and chest x-rays should be considered prior to any procedures involving an anaesthetic.

Everted Laryngeal Saccules – The normal larynx has two small pockets called ventricles or saccules. When a dog has increased effort in breathing, over time inside the throat these little pockets will actually turn inside out. When this occurs, the tissue needs to be surgically snipped.

We recommend evaluation of all of these characteristics and surgical correction at an early age.

Heat Stress – Because of all these upper respiratory obstructions, the brachycephalic dog can become heat stressed rapidly via inefficient panting, inflamed airways and obstructive breathing.

BRACHYCEPHALIC DOGS ARE THE MOST LIKELY CANDIDATES FOR HEAT STROKE.

Altogether, the upper airways of the brachycephalic dog compromise the ability to take in air. Under normal conditions the compromise is not great enough to cause a problem; however, an owner should take care not to let the dog become overweight or get too hot in the summer. Be aware of what degree of snorting and sputtering is usual for your pet, and should your dog require general anesthesia or sedation, your vet may want to take extra precautions or take radiographs beforehand to assess the severity of the syndrome. Anesthetic risk is higher than usual in these breeds, though under most circumstances the necessary extra precautions are readily managed by most vet hospitals.

Brachycephalic syndrome can be progressive if it is not corrected at an early stage. Severely affected dogs can experience collapse of the larynx and require a permanent tracheostomy (a hole in the throat for breathing).

With most of the nasal bones compacted, brachycephalic dog’s eyes sit in shallow sockets leading to an increase risk of eye prolapse due to even gentle trauma and an inability to effectively blink leading to damage to the centre of the eye. To reduce pressure on the eyes it is recommended a harness be used instead of a lead clipped to a collar.

Monitor your brachycephalic dog for persistent wetness around the eyes, changes in colour of the cornea or discharge. Many eye issues associated with these breeds can be surgically corrected.

The normal dog has 42 teeth in the mouth. The brachycephalic dog also has 42 teeth but a lot less space to fit them in. This means that the teeth will be crowded and growing in at odd angles which, in turn, traps food debris and leads to periodontal disease at a far younger age than in non-brachycephalic. Because of this dental prevention is essential from a very early age and should involve hard dental -focused diet, dental treats and teeth brushing.

Skin fold infections are common amid the facial folds of the brachycephalic breeds. Be sure to examine these areas periodically for redness. The broad-headed nature of these breeds makes reproduction a tricky matter as Caesarean section is frequently needed. Difficult labor is common and, as surgical assistance is often necessary, it is important not to breed females with tracheal stenosis (see above). Breeding is best left to the experts.

Altogether, the brachycephalic breeds show plenty of personality and intelligence just as all dogs do but because of their specific needs, their owners need extra knowledge. If you have any questions about your brachycephalic dog, don’t hesitate to call your veterinarian.