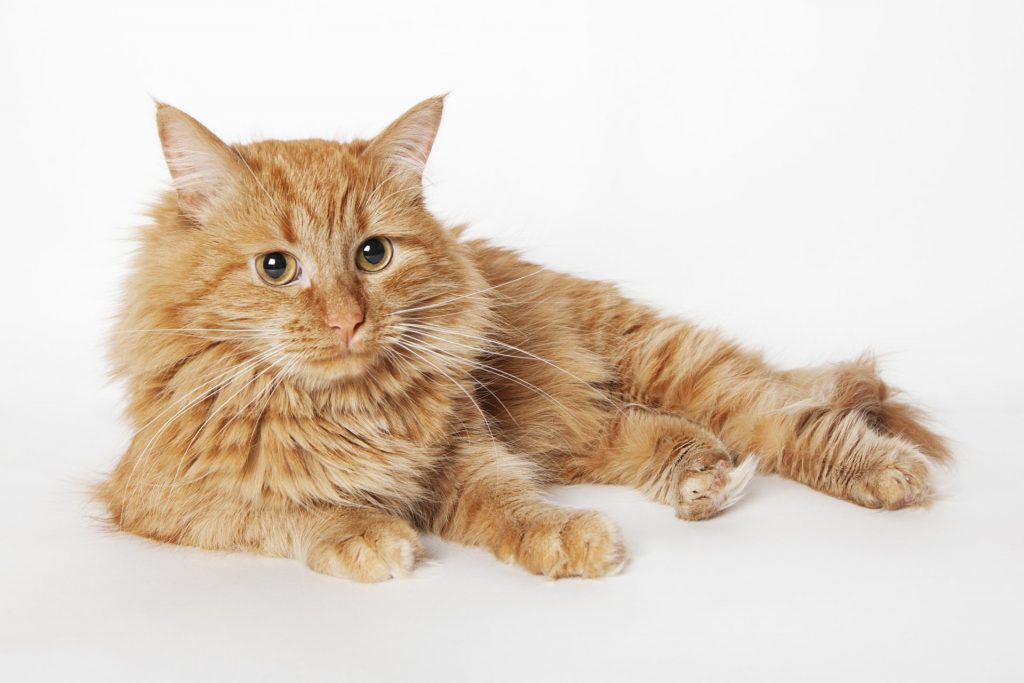 Chronic renal failure, sometimes referred to as kidney disease, is one of the most common conditions affecting older cats but may also effect dogs. In most cases, chronic renal failure is progressive over time so that there is a gradual advancement and worsening of the disease. The rate of progression of the disease varies considerably between individuals. Appropriate support and treatment can both increase the quality of life of affected patients and prolong life by slowing down the progression of the disease.

How common is chronic renal failure?

Chronic renal failure can occur in pets of any age, but is most commonly seen in middle to old-aged pets, and it becomes increasingly common with age. It has been estimated that around one in five cats over 15 years of age has renal failure. In general, chronic renal failure is seen about three times more frequently in cats than it is in dogs.

What is the normal role of the kidneys?

The kidneys perform a wide variety of important roles, including removing toxins from the blood and maintaining water and salt balance in the body. Blood is constantly filtered through the kidneys to remove the toxic waste products of the body’s metabolism. Urine is produced in this process. The kidneys also concentrate the urine by returning water to the body, preventing dehydration.

The kidneys have other important roles in maintaining the balance of electrolytes (potassium, sodium, calcium, phosphate, etc) in the body, regulating the amount of acid in the blood and controlling blood pressure. They are also responsible for producing a hormone called erythropoietin that stimulates red blood cell production by the bone marrow.

Fortunately, there is considerable ‘reserve capacity’ in the kidneys, and it is well recognised that in both healthy animals and humans, it is possible to remove a kidney (for example to provide a transplant) without any adverse consequences. In fact it requires around two thirds to three quarters of the total functioning kidney tissue to be lost before signs of renal failure will develop.

What are the clinical signs and complications of chronic renal failure?

In most cases chronic renal failure is a progressive disease with a slow, insidious onset, although occasionally the signs may appear to develop quite suddenly. Many of the clinical signs are quite vague and non-specific – arising at least in part simply from the accumulation of toxins in the blood that would normally be excreted in the urine. The most common signs seen in affected pets are a poor appetite, weight loss, dehydration, lethargy and depression. There is often an increased thirst along with increased volumes of urine being produced (due to an inability to concentrate the urine in many affected cats). Other signs may include a poor coat, vomiting, bad-smelling breath, ulceration in the mouth and weakness. As chronic renal failure is a progressive disease (despite treatment) these signs tend to get worse over time.

With the diverse functions of the kidneys, a wide variety of complications can arise in affected pets. These include electrolyte abnormalities (eg, low blood potassium concentrations, high phosphate concentrations), the retention of too much acid by the body (‘acidosis’), the development of high blood pressure (hypertension) and the development of anaemia (low red blood cell count).

How is renal failure diagnosed?

How is renal failure managed?

In some cases, a specific cause for the renal failure may be identified (eg, bacterial infection of the kidneys) and if this is the case, treatment for the cause may be possible. In most cases however, a cause will not be identified, and treatment is aimed at managing the renal failure. Some pets may require initial intravenous fluids to correct dehydration (and perhaps electrolyte abnormalities), but once stable, treatment is aimed at supporting renal function and minimising the complications of renal failure. Chronic renal failure cannot be reversed, and in most cases, will progress over time despite appropriate therapy.

Why is diet important in renal failure?

Dietary management is important for pets with chronic renal failure, and there are three main aspects to this:

Pets with chronic renal failure are more likely to become dehydrated (due to the reduced ability of the kidneys to conserve water by concentrating urine). Maintaining a good fluid intake is very important, and as pets and in particular cats generally gain much of their water from their food, whenever possible, cats with chronic renal failure should be fed tinned (or sachet) foods rather than dry foods.

An ideal diet for a pet with renal failure should have a low protein content – many of the toxic products that accumulate in the blood in renal failure are a result of protein breakdown, and feeding a low protein diet will therefore help to minimise this. However, protein restriction has to be performed with care. Too little protein in the diet can lead to excessive weight loss that would be extremely detrimental to general health. For this reason it is best to use specially designed commercial products rather than ‘home made’ diets such as Hills k/d.

Restricting the phosphate content of the diet appears to be quite beneficial in protecting the kidneys from further damage in pets with chronic renal failure. Commercial diets designed to help manage renal failure are, therefore, both protein and phosphate restricted. If a pet is not eating a low phosphate (low protein) diet, or if blood phosphate concentrations are high despite being on a low phosphate diet, it is possible to add ‘phosphate binders’ (eg, aluminium hydroxide or calcium acetate) to the diet to reduce the amount of phosphate that is absorbed – this should only be done under veterinary advice.

What other treatments are available for renal failure?

Adequate water intake, often intimately linked to the diet (see above), is certainly extremely important in pets with renal failure. There is a tendency for pets with chronic renal failure to become dehydrated and this will have significant adverse effects on kidney function. It is essential that a
good supply of water is always available, and cats should be encouraged to drink by offering water from different bowls, using ‘pet fountains’, offering flavoured waters (chicken or tuna, for example), etc. In some pets, usually with advanced renal failure, there may be a benefit from intermittent administration of fluids either by intravenous drip, or given under the skin by injection. These procedures are usually performed by a veterinary surgeon, although in some circumstances it may be possible to administer fluids under the skin in the home environment. Feeding tubes are also available (and surgically placed) which can provide a constant source of nourishment.

Other treatments are generally aimed at specific complications that can arise as a result of renal failure. For example:

Some pets with renal failure develop low blood potassium levels, and this itself can worsen the renal failure. Where this is identified potassium supplementation (tablets, gel or powder added to the diet) is of benefit.

Cats with chronic renal failure that develop hypertension are at risk of developing further problems (such as bleeding into their eyes and retinal detachment leading to blindness, or bleeding into the brain causing neurological signs) in addition to the high blood pressure probably further damaging the kidneys. It is important, therefore, to treat hypertension when it is diagnosed and this is usually straightforward in cats (with tablets).

In advanced renal failure, anaemia is quite common. If this is mild it may not be a major concern, but with advanced anaemia this can contribute to signs such as lethargy and weakness. Depending on the cause of the anaemia and its severity a number of treatment options may be available including the use of anabolic steroids, iron supplementation, management of any gastrointestinal ulcers and in some advanced cases supplementation with erythropoietin (the hormone that stimulates red cell production) may be of benefit.

Treatment of nausea and vomiting

Nausea and vomiting are more common in advanced renal failure and can significantly affect the quality of life and the appetite of the pet. Where this is a problem, various drugs can be used to control these signs.

Use of ‘ACE inhibitors’

ACE-inhibitors, eg, benazepril, are a class of drugs that act predominantly as vasodilators (dilate blood vessels). In humans with renal failure they are commonly used to help manage the disease, as they appear to have beneficial effects on renal function and reduce protein loss through the kidneys (which can be elevated and can be harmful in renal failure).

There is some evidence that these drugs may be of some benefit in pets with renal failure too, but it is not certain whether all pets necessarily benefit from their use, and which pets are most likely to benefit. Current knowledge suggests that perhaps pets with elevated protein loss in their urine are most likely to benefit, and in all pets where this type of drug is used it is sensible to monitor blood and urine results as well as clinical signs to help determine what benefit is being derived.

What is the prognosis?

Once sufficient damage has been done to the kidneys to cause CRF, the compensatory changes and adaptations that occur to try to maintain normal kidney function usually eventually fail and progressive kidney damage occurs. The disease is usually therefore progressive over time and will eventually lead to the need for euthanasia. However the rate of progression of renal disease varies considerably between individuals and appropriate support and treatment can both increase the quality of life of affected pets and also potentially slow down the progression of the disease.